The Fear of Not Succeeding

Would you rather not attempt something at all, than attempt it and not achieve it?
Christi Hegstad February 25th, 2021
SHARE 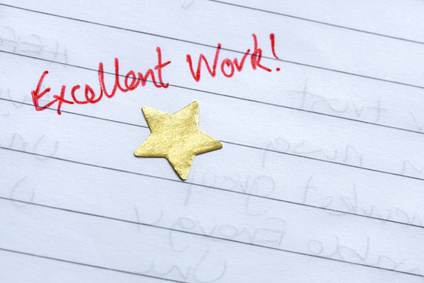 In our initial coaching session, my client and I were brainstorming his long-term goals. He repeatedly brought up, and kept circling back to, one in particular.

“I’ve wanted to do that for years,” he said, lighting up each time he spoke of it.

When it came time for us to finalize our coaching goals, however, that one didn’t come up. Since it was clearly important and on his mind, I asked about it.

He paused before responding.

“If I keep it an idea, it’s always a possibility. But if I set it as a goal and don’t achieve it, well, it’s done.”

Ooof. Anyone else feel that right to their core?

As achievers, the fear of not succeeding at something we set out to do can hold us back more than nearly anything else.

Yet we also understand we won’t know what we’re capable of if we don’t give it a go.

How do we move beyond this swirl?

I believe our answer comes in two parts: Reframing failure, and redefining success.

Imagine your best friend, who has been overweight his whole life, sets a goal to lose 50 pounds this year. He consults his doctor, maintains an exercise plan, works with a dietitian, commits to healthy lifestyle practices, and does the necessary mindset work. You watch throughout the year, admiring and cheering on his incredible transformation.

I bet you’re shaking your head ‘No’ right now.

“He’s made outstanding progress!” you might be saying. “He’s changed his life! He may not have reached the exact number he was shooting for, but he’s still far beyond where he was!”

We’re celebrating his victory, even if it doesn’t look exactly as he had planned. Oh, the grace we can give to others …

Which is what we need to practice giving ourselves.

We may not hit the mark every time. And if you’re reading this, you probably set the mark higher than most anyway. But perhaps we can learn to celebrate growth – and who we become while moving toward our goal – rather than just one singular, static measure of success.

And an important note: You are never a failure. Nor is anyone else. Failure is an experience – not a character trait.

If we’re not failing, we’re not moving – we’re not trying anything new. Only with failure, and reframing its role in our lives, can we achieve exceptional success.

When I watch the Olympics, I’m always surprised when the silver medal winner seems unhappy. I’m thinking, “The fact that you made it to the Olympics is amazing!” while they’re thinking, “But I came here to win the gold!”

Yes, I’m surprised. But I often do the exact same thing. (Well, not at the Olympics, but you know what I mean.)

How can we expand our view of success? A few ideas:

* Consider setting some of your goals as ‘good / great / outstanding’ rather than ‘success / failure.’ Give yourself a range when possible.

* Take a big-picture view. Maybe you didn’t reach a home improvement goal because your priority shifted to helping a family member in need. Could ‘I honored my core values’ become part of your definition of success?

* Assess your personal growth, regardless of the tactical outcome. Sometimes you don’t ace the exam or win the competition or make the time trial. Still – what have you learned? How have you grown? In what ways are you different today than when you started? Where can you go from here?

I’m not suggesting we all need participation ribbons all the time, nor am I suggesting that we might not feel crummy when we don’t achieve our aim.

But don’t let the fear of not succeeding keep you from giving your purposeful goal a whirl.

Reframe failure. Redefine success. Celebrate and learn from it all!

Want help with any of this? Contact me today!

How Do You Assess Your Week?

Do you review the week that’s wrapping up before planning for the one ahead? The weekly review is one of…

Ten lessons I learned or was reminded of in March: 1. Sometimes you don’t realize how much you needed the…

People play differently when they are keeping score. – McChesney, Covey, & Huling Imagine playing a game of softball where…