What If You Became 10% Happier?

If one practice could increase your happiness by 10%, would you try it? Dan Harris shares his journey with meditation in his latest book.
Christi Hegstad April 4th, 2017
SHARE 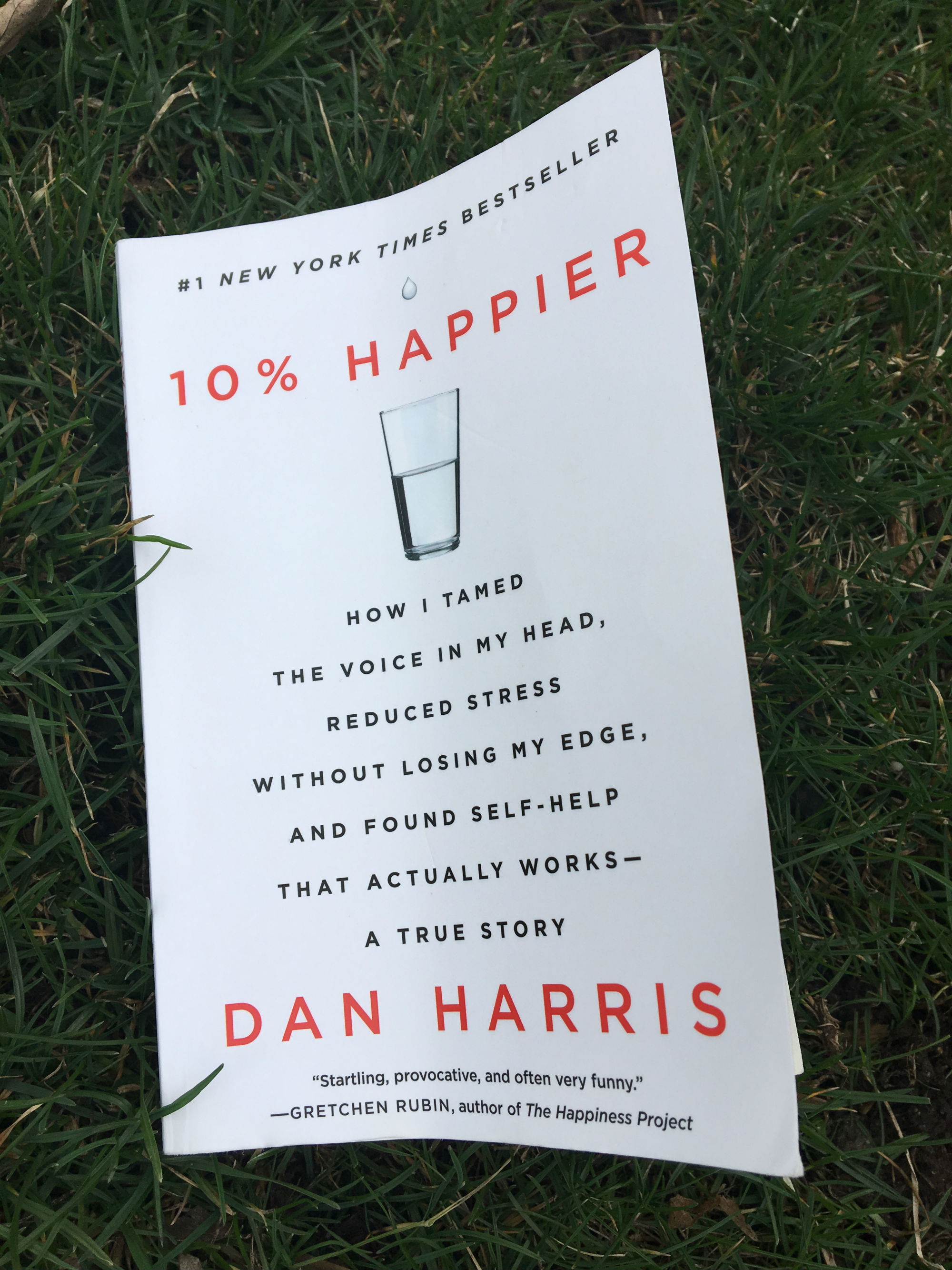 Many years ago, when my company was in its infancy, I hired a coach with extensive business experience. He had reached the pinnacle of success in the corporate world, positively influencing the lives around him along the way. A highly impactful leader, dedicated family man, and respected professional, he switched gears later in life to coach others to similar success. I was thrilled to have such a notable partner in my growth.

From our very first meeting, however, I became rather frustrated. It seemed every problem I posed led to a similar response from him: Have you meditated on that? (No.) Have you meditated today? (No.) What might you learn from a period of meditation? (Wha?!)

Ever so patient with me, he asked if I admired what he had accomplished both professionally and personally, and of course I did. “The one constant through it all,” he shared, “was my meditation practice.”

I’ll share more about this experience in an upcoming article (working title: Meditation For Those Who Resist Meditation

), but I offer this now because I can fully relate to Dan Harris’ initial skepticism of meditation in his book, 10% Happier.

Throughout the chapters, Harris – a news anchor with shows like Nightline and Good Morning America – expresses his skepticism, and at times outright disdain, for various practices and teachers of those practices.  As his story unfolds, however, his skepticism turns to possibility and even embracing of the practices he vehemently opposed earlier. Although I laughed out loud in parts (he’s a terrific storyteller), I resonated with pieces of his uncertainty and appreciated his openness in the struggles he endured on his own “path to enlightenment,” if you will.

The book is largely about meditation. Because of his professional role, Harris had the opportunity to connect with people like Eckhart Tolle, Deepak Chopra, and the Dalai Lama to gain as many viewpoints as possible on living mindfully and incorporating meditation into the everyday. While Harris’ path, and in many cases his points of view, differ greatly from mine, I took away three significant lessons from his experience:

Harris admittedly has preconceived judgments about nearly everyone he interviewed, it seems, and more often than not he was proven wrong. Where do you tend to judge people based on how they look, what you’ve heard, or the way they carry themselves? A great component of mindfulness involves the practice of removing preconceived judgments and allowing life to flow. Your greatest teacher might be the person you’re resisting meeting.

Even if you’re not actively practicing meditation ‘on the mat,’ you can take what one of Harris’ interviewees called purposeful pauses – short mindfulness breaks throughout the day. Take advantage of moments while driving, walking, or waiting for your computer to boot up to pay attention to the feel of the sunshine coming through the window or the depth of your breath.

I can say, without a doubt, this is a lesson I am here to learn. (Repeatedly.) I liked Harris’ take: “Striving is fine, as long as it’s tempered by the realization that…the final outcome is out of your control. If you don’t waste your energy on variables you cannot influence, you can focus much more effectively on those you can.”

The Side Effects Are Worth It

Meditation and mindfulness practices have been linked in research to numerous benefits in terms of health, longevity, relationships, success, and more. Learning to pause, quiet the mind, and respond rather than react can also lead to greater compassion and, as Harris points out, “Compassionate people tend to be healthier, happier, more popular, and more successful at work.” Nice!

Harris navigated quite a journey in uncovering the content of this book, from the aforementioned interviews to attending a silent retreat to exploring his own challenges in therapy. His fear that becoming mindful and empathetic would “soften his edge” or make him less successful in the news world were valid concerns, and I appreciated how those experiences unfolded for him.

If you are a meditation/mindfulness practitioner, his perspective may enlighten you to what people on different paths may feel. And if you are skeptical yourself, this book might show you how mindfulness, detachment, meditation, and other growth practices can impact all aspects of your work, leadership, and life – as well as those around you.

“The point of mindfulness was to short-circuit what had always been a habitual, mindless chain reaction… Mindfulness represented an alternative to living reactively.”

How Do Your Goals Help You Make Your Difference?

“High performers want to know that their efforts align with something important, that their work is significant, and that their lives are…

“I want to get in shape” vs. “I’ve designed an exercise plan, blocked time on my calendar for workouts, and registered…

Making Your Impact Through Memorable Moments

How can you create memorable – potentially life-changing – moments for your team, your family, and even people you may…